Legalism concentrates on morality and a version of obedience because legalistic thinking has determined that while Christ did His part, man must certainly do his.  In other words, a legalist’s view of a rightful response to Jesus’ sacrifice must be evidenced by suitable behavior.

While we would all agree that one’s identity in Christ as a New Creation would suggest monumental changes of many kinds, it would be wrong to conclude that God demands certain conduct from us to acquire or maintain our spiritual liberation.  To suggest such is to reject grace and turn back to the law.

Good is not the status God is looking for in the procuring of the New Covenant.  Go ahead and give it a try if you insist – run after every form of decency, right behavior, modesty and honesty until you have exhausted yourself with “Christian efforts” at godly living.

Here is a suggestion for the legalists: why don’t you do like St. Simon did in the fifth century for which many in the Catholic Church have admired and elevated to the degree of Sainthood.  Climb a 50-foot stone pillar, and stand upon a space three feet square.

Sounds pretty impressive doesn’t it? Surely God would take notice of such a great sacrifice.  Wait a minute… no, that wouldn’t be enough to soundly defeat the flesh and impress God, so it was decided that instead of eating three modest meals per day up on that spiritual roost, meals must be reduce to a daily ration of three figs instead.  Ah, that should do it!

Yet the flesh of performance and sacrifice was still not satisfied within Simon, so he decided to stay up there on that stone pillar, deciding now to make sure that all women kept their distance, reduced his fig consumption to two instead of three, stood in a prayerful position symbolizing the cross, and did so for 37 years… until he died.  Surely God was impressed by such devotion and battering of the flesh.

What extremes will legalists go to in order to “do their part”?  What are the legalistic demands upon you?  Please, brother and sister in Christ – Jesus’ performance (obedience) perfectly satisfied the Father’s demand for humanity.  The law was fulfilled in every aspect by Jesus.  Because of that, every believer is now fully accepted by the Father, made righteous and holy by the Son, and positioned blameless before Him in love.  Life and freedom are to be received as gifts from God.

So, why not live life in joy, peace, and security?  As you do, you will be utterly amazed at the numbers of “stone pillared legalists” around you who continue to strive to earn and keep what God has already freely given in Christ.

By the way, the only one who should be elevated above all the rest is Jesus:

Posted in Grace Nuggets: Blogs From a Variety of Authors 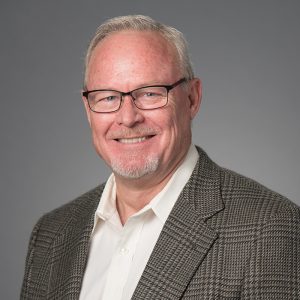 Bill Snell is no stranger to Orlando, or the life-changing work accomplished by Missionary Ventures. Bill has been a pastor in the Orlando area since 2000, and formally served as Director of U.S. Operations for MVI from 2007 to 2009, and served as a member of the Board of Directors for the last five years. Bill earned his Bachelors degree in Education from Hardin-Simmons University, Abilene, Texas, and a Masters Degree in Divinity from Southwestern Baptist Theological Seminary, Fort Worth, Texas. He has been in professional ministry for over 35 years serving as a senior pastor to three churches in California and Oklahoma, as well as serving in executive and/or management pastor positions in large churches both in Colorado and Florida. Bill’s business experience in mortgage banking, small business ownership, consulting and real estate adds to his list of the very attributes MVI will benefit from as their ministry continues worldwide. In an organization that truly aims to serve others, Bill sheds a new light on what it means to be a servant leader, and Missionary Ventures and all of its partners around the world will most certainly benefit from it.